Oh boy! It begins! It's under way, it's fashionable, it's right on time and it's just the worst. Total Eclipse episode 2 has aired and gone, and as expected it was a bloodbath with plenty of CHOMP just to really piss in the faces of anyone who's already finished Alternative, because apparently going through CHOMP once just isn't enough. However it was a predominantly CGI bloodbath, but it seems just like waggle motion controller seventh gen console bullshit, CGI is just something that Japan is adamant on forcing down our throats whether we enjoy it or not. I guess I'm just a sucker for good old fashioned cel-spread carnage and bloodshed.

Hats off to the production team at Satelight for making it this far at least. Week two's instalment of the Alternative: Total Eclipse anime sees our previously introduced "cast" of TSF training cadets presented forth to the BETA as a food offering and DESPAIR plot device, another measure taken to cull off the normals in the audience I take it. The CGI this week turns the BETA, some of the most fearsome, fast and lethal beings conceived in recent Otaku media, right into clean, lumbering and cuddly Digimon, Soldier and Grappler classes content with sitting around and making things easy for the stupid rookie TSF pilots.. right up until the Laser Class make an appearance, forcing the retreat and eventual death of almost all of last week's cast. Good on the Laser Class for showing everyone how it ought to be done. Time waits for no TSF rookie, and seeing the spectacular repercussions of each poor decision they make, the poor decisions being numerous and the spectacular repercussions being death, turned out to be very satisfying.


The episode ends in even more spectacular fashion with the last surviving TSF pilot putting forth a spiffing idea to Yui re: Her Imminent Death. Feeling very strongly that she should be shot first before the BETA can eat her alive, Yui instead shoots to miss and then watches her friend get eaten right in front of her, but not before we're subjected to her final death rattles. Different strokes, I suppose. I was never a big fan of watching my friends get eaten in front of me. All is not lost however, as a Takemikazuchi TSF (FUCK YES) storms and saves Yui just after the death of her friend. Soon afterwards the show takes us to Yui in hospital, reminded of the last screams of her friend by a nearby crying baby in very M*A*S*H* fashion, and then on board an aircraft carrier three years later, on the way to Alaska and the beginning of the actual story.

The CGI blood, TSF units and BETA make for a very underwhelming viewing experience. It's as if all of the bite has been taken away in lieu of whimp-ish slower battles designed to facilitate some sort of sick fetish amongst Japanese people for having things made below expectations, which is just awful and I expect will be rectified as soon as we finally get to see some REAL action later on with the REAL cast. The drama so far isn't very convincing, but that hardly matters when you're only two episodes in and your disposable cast has thoroughly been disposed of. Since apparently nobody has read the TE manga apart from the first three translated chapters, it will definitely be interesting to see how the new cast mixes together. The episode count has yet to even be announced, but I'm rooting for two-cour for obvious reasons. A new opening halfway through and more time allotted for BETA hive infiltration, character development and TSF porn can only mean good things for this show. It's got potential, and the livewatches each week are so much more fun than anything else lately.
Next Sunday is where it will all hopefully pay off, and it can't come soon enough.

Make sure to share the Luv in the meantime. Check out We Remember Love and Ideas Without End for much more in-depth, professional and classy articles each week.

And while I'm here: 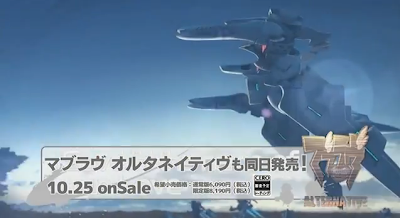 WELP, TIME TO LEARN MOONRUNES ONCE AND FOR ALL. THANK YOU BASED 5pb
Posted by Dominion Ryvius at 13:28